Album 2014 10 Songs. The Long Walk Home. Jeremy Wingfield. Rock , Walk Home - Jeremy Schreifels. Лента с персональными рекомендациями и музыкальными новинками, радио, подборки на любой вкус, удобное управление своей коллекцией. The Long Walk is the third studio album by American industrial rock band Uniform. It was released on August 17, 2018 by Sacred Bones Records. Produced by the band's guitarist, Ben Greenberg, it is the band's first record to feature a live drummer: Greg Fox of Zs and Liturgy contributed to its recording. The lead single from the album, The Walk, was released in June 2018. The album takes its name from the Stephen King novel of the same name. Play jigsaw puzzles for free Home. The Long Walk Home, 2014. Long Walk Home. Title: The Long Walk Home 1990. Odessa works as a maid for the Thompsons, and as well as she is treated, she feels it is her duty to walk to work, even if it means she is exhaused, and gets to work late. Written by Murray Chapman muzzle. The Long Walk Home was arranged by Jeremy Wingfield, recorded by Jeremy Wingfield, mixed by Gary Mula, and mastered by Jake Perrine. Multitalented musician and collaborator Dana Little plays piano and sings what can only be called victorious harmonies on several Wingfield is a singersongwriter from Seattle, WA. Find him at . Jeremy Wingfield Music. 7 August 2017 . Check out the new FB page for this album Dana Parker and I recorded last year. We slaved away for a year to make this sucker. I also bought a hat today. The Preservation Society added a new photo to the album TBT. 6 August 2017 . Talkback Tambourine is our new and first fling, a little something we poured our hearts into since early 2016, and it's out this summer. Listen to music from Jeremy Wingfield like What a Friend We Have in Jesus, The Old Rugged Cross feat. Dana Little & more. Find the latest tracks, albums, and images from Jeremy Wingfield. Изучите релизы лейбла Jeremy Wingfield Music. Выясните, что отсутствует в вашей дискографии, и приобретите релизы лейбла Jeremy Wingfield Music Frank Boggs - The Splendor Of Sacred Song, Volume I Lynsey Bostick - Walk With Me 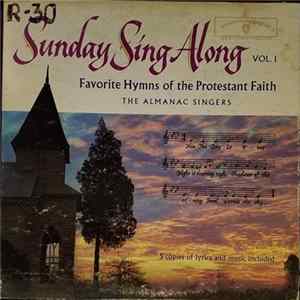 The Almanac Singers - Sunday Sing Along Vol. I Johnny Paycheck - Jesus And The Outlaw Pat Boone - He Leadeth Me